THE ONES THAT GOT AWAY 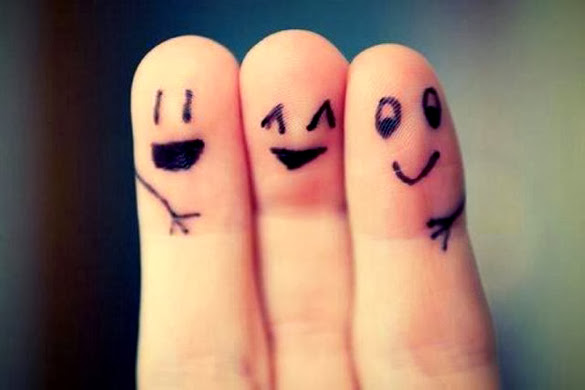 So I've been wanting to do this for some time without offending people (which is why it took some time LOL), but there is no way around it. You see, hundreds of entries from around the world compete each year for GBWC. But there can only be one winner per country....or three, if you consider 2nd and 3rd place winners. So what happens to the rest? They fall by the wayside. Maybe they went home with a Merit, or some Best MG category prize, which in my opinion - and this is just in my opinion folks, you are entitled to yours - has lost some of its meaning, as categories get more convoluted (what's a Best Age entry when one of the entries in the Top 3 IS an Age, rite? Shouldn't it be 2nd-Best Age then? LOL). So these guys, the wayside kids, the head-scratcher favourites, the unsung heroes of yesteryear, so to speak, deserve a repeat mention, if they haven't already been mentioned in their year. These are the entries who looked locked in for a Top 3 placing in their year and country...maybe even for the champ. But somehow....just SOMEHOW,
never even cracked the top trio. Maybe they were sitting juuuuuuuust outside of the Top 3. Maybe they were in 4th or 5th place. But DAMN they should have been somewhere in the Holy Trinity. Why not then? The hell if I knew LOL. If I knew, my name would be Kawaguchi, not Waylander. Too weird, too boring, too conventional, too monotone, you say? I've seen weirder more boring more conventional more monotone entries clinch First. So if you're looking for a pattern for these spectacular failures - the guys who never got any game-time, who looked so promising in practice but were never called upon by the coach in a real game, the reluctant benchwarmers of Gunpla who otherwise, by popular vote (or just mine LOL) should NEVER be on the bench - I say, forget it. You're never gonna find any pattern unless you hunted down dear Kawaguchi-san, tied him to a chair, and screamed "何で?!?!!?"

So here we go...Remember folks, save for the last one, these works here NEVER made it into the Top 3 in their countries. And no amount of inspection, scrutinization, examination, observation or protestation can explain why they didn't. Get ready to be scandalised..... Then again, as Bill Gates says: "Life is not fair. Get used to it." 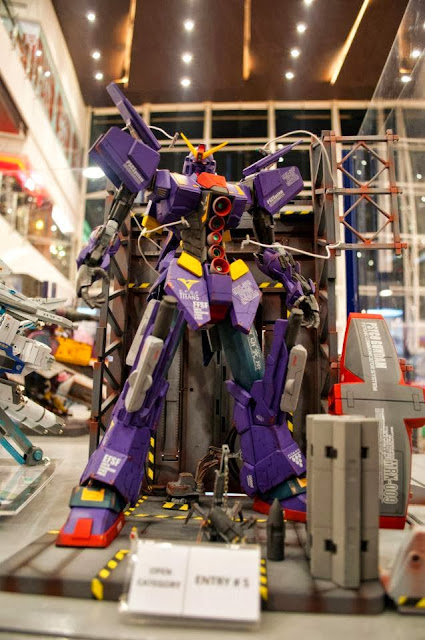 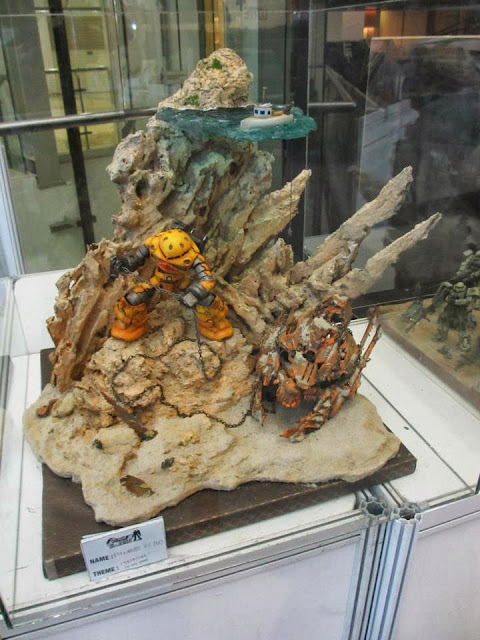 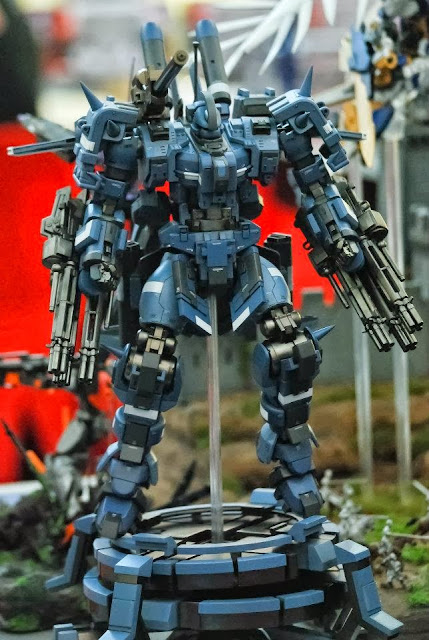 And lastly, the most recent head-scratcher of the lot, Singapore's own champion last year, who made it all the way to Japan only to sniff sushi. Call me biased since it's my country, but I can assure you even if he were from North Korea, I'd be saying the same shit - At least. AT LEAST he could have been somewhere in there rubbing shoulders with e-.....never mind. LOL 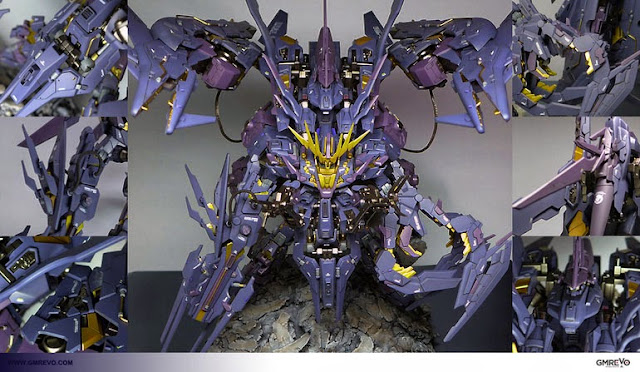 Not to mention JAPAN's own champion: 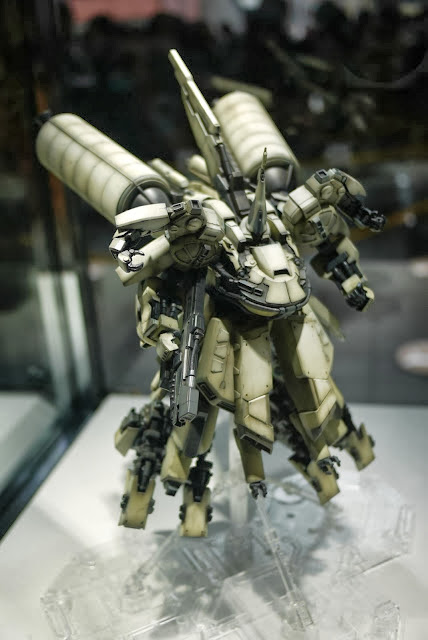 And the eventual world champs 2012

So that's all I got folks, because that's all I remember. I know what you critics and positivists are saying: "But you have to compare it with the champions of each year! Maybe that year was a strong one!" Folks. Calm down, don't get your panties in a bunch. I have seen the top threes of each year that beat these guys. Aaaaaand, I'm not saying anything, nor even showing them save for the last one, LOL. Because these entries speak for themselves, and I mean no disrespect to winners, so let's not say who should have been out of the Top 3, and who stays. That's up to you to figure out for yourself.

Any of you guys recall other favourites that didn't make it? Feel free to send them to me and I will include in this Hall of Almost-Fame.

Posted by Waylander at 1:17 AM

Seriously bro...That's one blog post that hit me in the heart.Well...we have to accept it and move on.And Beat the hell of them again ..LOL

The reason is simple. You are playing their game and end of the day their have their own agenda. Even if you ask people to vote and decide, it is not how good it look but who and how many people you pay I mean know to win popular contest.

End of the day, it's a beauty contest. And beauty is in the eye of the beholder. 'Nuff said.