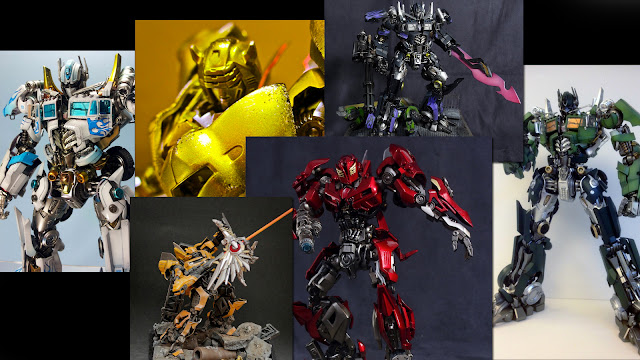 Aaaaand most the TF model works from the local community for Cybertron Con are out! Well, at least those I know of anyway...lol. I shan't waste time duplicating works that Toymaker has already put up. If you wanna see them all in their full sequential glory, check it out at his place. Enjoy!
Posted by Waylander at 1:24 AM No comments:

Email ThisBlogThis!Share to TwitterShare to FacebookShare to Pinterest
Labels: transformers

This is worth checking out just for the sheer freshness of it! A Gundam converted into a Halo Spartan by Mdgelo of Mechdesigns.  Actually the idea did cross my mind before, but looks like he beat me to it! :P And a fine job he's done too. For the uninitiated, Halo is an ultra popular video game on Xbox. The main characters are not mechs but rather, super-enhanced human soldiers in high tech armour (think military Iron Man), recruited to defend mankind against an alien invasion. They're called Spartans. There, now you know.

Read more »
Posted by Waylander at 5:57 PM No comments:

Email ThisBlogThis!Share to TwitterShare to FacebookShare to Pinterest
Labels: halo

Thanks for the hits!!! 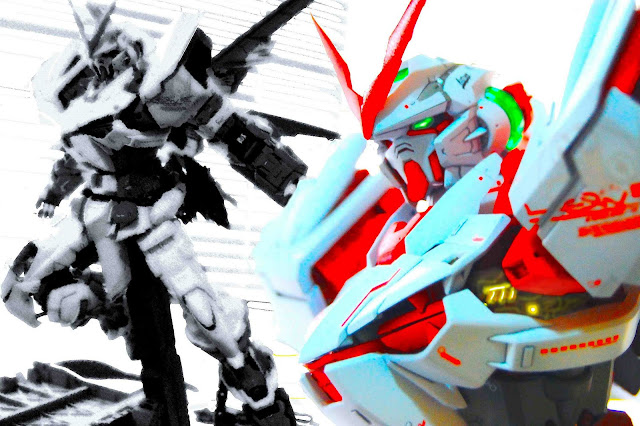 Alright im blogging from my new phone right now and am just fooling around really. lol. But also it's a good time to give a shoutout to all my readers, whether you're a regular follower or just happened to chance upon my perverse little universe lol, thanks for hitting 100k with me. WOOT. 6 digits sure as heck look better than 5!! Maybe someday and hopefully not too long from now, we can see a mil. Thanks as always to Toymaker, who encouraged me to start blogging in the first place. More reviews, showcases and wips to come, i promise...
Posted by Waylander at 3:58 AM No comments:

NEXT UP: GUNDAM AGE Mega Size 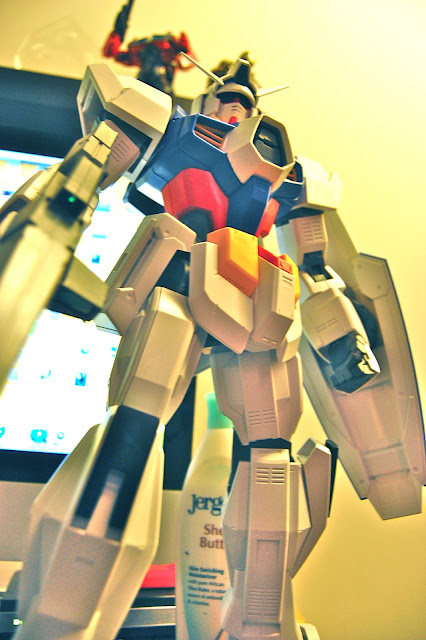 I'm not really a fan of the Mega Size model kits by Bandai. My favourite's still the MG class. But I just decided I had to have an OOB mega-size kit in my personal collection just for the sheer size of these babies!! The Mega RX was a classic yes, but the Age's waaaay sleeker. So after about a week of lay-off from completing Bee, my fingers got itchy again. I wanted a project that won't be too time-consuming, yet have significant results. What better kit than a Mega size Age eh?

Read more »
Posted by Waylander at 3:44 AM No comments:

Email ThisBlogThis!Share to TwitterShare to FacebookShare to Pinterest
Labels: mega

CAN YOU FIND YOUR JEREMY LIN? 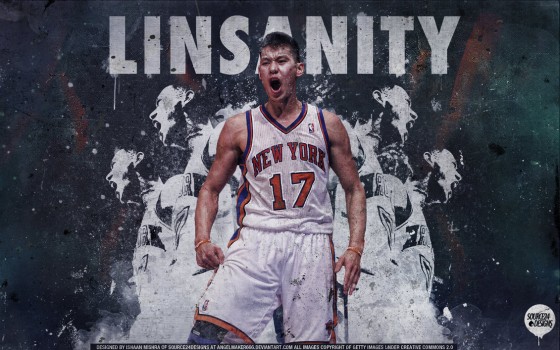 Let's take a breather from Gunpla to talk about news which has been making the rounds lately. JEREMY LIN. Ah what can I say about him that hasn't already been said? For those of you not in the know, Jeremy Lin, an Asian-American NBA basketballer that came out of nowhere after being stereo-typed, overlooked and under-used, has been tearing up not only his league, but headlines all around the world. Unless you've been living under a rock, you MUST have vaguely heard of this guy, even if you don't follow the sport.

Read more »
Posted by Waylander at 3:58 AM No comments:

Email ThisBlogThis!Share to TwitterShare to FacebookShare to Pinterest
Labels: basketball 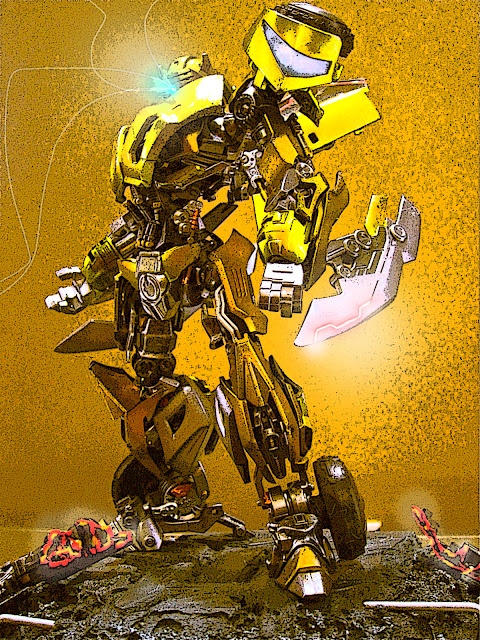 I'm done with my Transformers commish! Woot. For those who haven't been following, this is a kitbash from the DMK (Dual Model Kit) model kit, and WFC (War For Cybertron) toy. The idea was to make Bee more badass, and less cute. I'm pretty happy with the results. As for the base dio, I felt that less is more. So a smaller, simpler base should accentuate Bee, which is the intention. For flashy stand-alone pics of Bee, check it HERE. Otherwise, here we go!!~
Read more »
Posted by Waylander at 2:48 AM 5 comments:

Email ThisBlogThis!Share to TwitterShare to FacebookShare to Pinterest
Labels: dio

I'm headed to Bangkok for work over the weekend, so I'll leave you guys with my completed DMK-WFC Bee kitbash (finally!). I've called it 'Death-strike' version and what not. But I think I'll settle for KILLER BEE. LOL. This is for the Cybertron Convention organised by Hasbro, which, in case you're a TF fan and residing in S'pore and still have not heard, is taking place at Resorts World Sentosa from Mar 11 -14. I'm not sure what they're gonna do with my Bee actually...It's like a commission-cum-competition piece. There may be a compy involved where kits by other modellers are pitted against one another for an overall winner...I duno. But anyhoos....guess what. I CAN'T MAKE IT THERE. *sob* That's right. As luck would have it, I happened to book a vacay right at the same time the event takes place, so while my work will be there, I won't. *double sob*.