8 Mobile Suits that should get the MG treatment 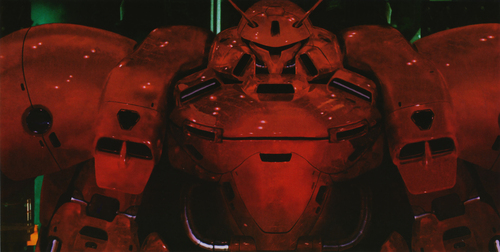 As ya know fellas, Bandai has been rolling out kit after kit of 'limited edition' stuff, from expo-clear parts exclusives to HG 144 series and metallic coated versions to milk our money. Oh yeah, there's also 'animation colour version', and it seems like recently with the Unicorn series, they've gone into overdrive with extra weapons, shields etc for essentially the same MS - Banshee, Unicorn, Sinanju. Hell. There is even an MG Sinanju that seems exactly the same as Ver. Ka.'s, just with an extra bazooka. And that's considered new??? LOL. Seems like Bandai is running outta inspiration if you ask me. And if that's the case, how bout we give them some new suggestions? Here're some kits I would like to see, receive the MG treatment. Feel free to comment and add yours to the list. Kawaguchi-san, are you listening? Yoohooooo!
PALACE ATHENE PMX-001
Series: ZETA 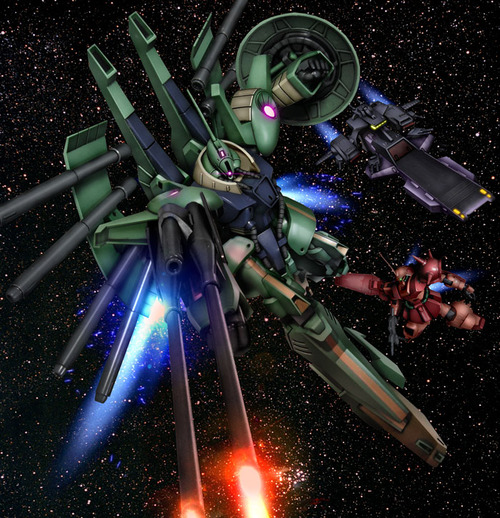 It's my personal favourite, so it goes first. Why can't we have an MG for it? Yes, it doesn't look like a Gundam, but that's precisely why it should be given the MG-treatment no? Some diversity in your product lines, perhaps? I'm sold if they ever roll this one out in MG! 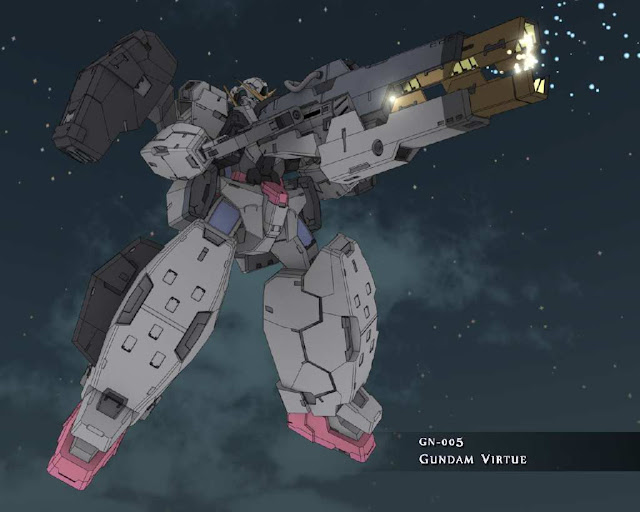 I've heard that the 00 series was a bit of a flop, save for the Exia and Double 0. Personally, it was one of my favourite series, if not the fave, believe it or not. And I'm talking about the TV series, not the crap of a movie that came after. As of now only the hero suit - Setsuna's machines Exia and Double 0 have been given the MG respect. But I seriously feel that other kits have the potential too. Perhaps Bandai is only concerned about the kiddos and consumers who buy kits OOB, so they base products on the strength of the anime characters. But c'mon. Us modellers can make any kit look impressive, rite? LOL. And I think an oddly-shaped Gundam like the Virtue will be a ton of fun and a challenge to mod. 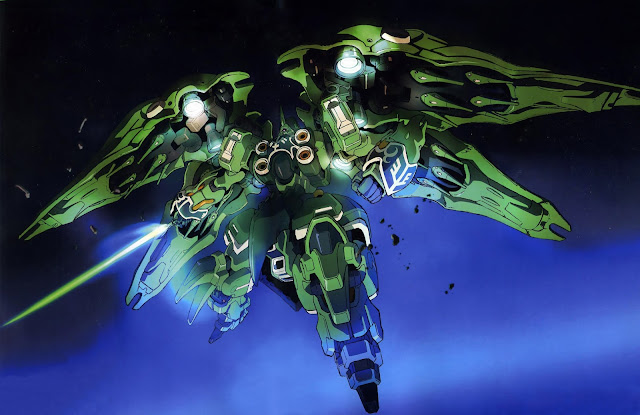 This one's such a no-brainer you wonder WHY they haven't yet came up with it yet. The Kshatriya is such an iconic suit from the series that I think the MG version is long overdue! You know demand is there too, when third-party manufacturers start coming up with your character. And in plastic injection, mind you, not resin anymore. Just that at a hefty price of close to $300 (i think), I'm not sure if I want it. That's why....I'm waiting Bandai... Don't disappoint me. LOL 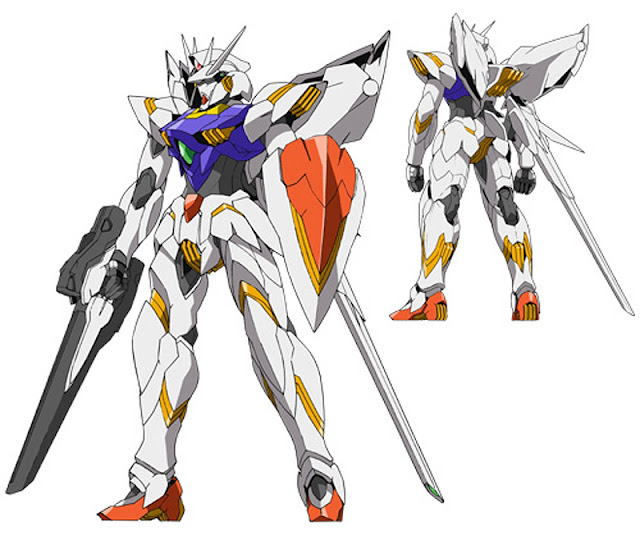 Very odd, but all the better. I know this looks more like a Code Gaess mecha but what the heck - imagine the modding possibilities on this one! It's refreshing, it's unique, it kicks ass. What are you waiting for, Bandai? 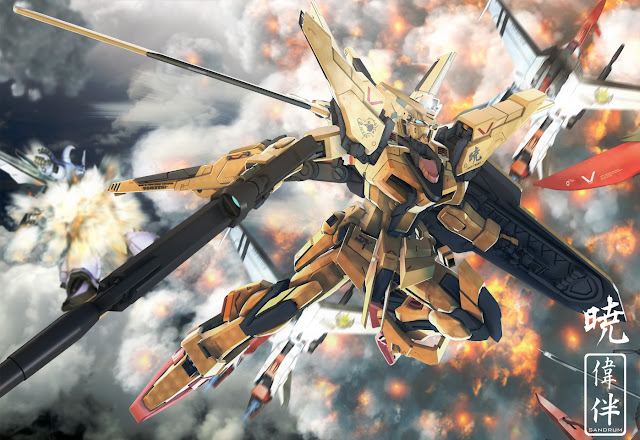 You can't have a a Hyaku Shiki MG version without the other golden knight to complement it can you? This one is a classic, and sure we can turn the Strike into it simply by painting it gold and modding some parts, but c'mon wouldn't it be fun to release a true-blue version of the suit in MG style? You've already got the Strike mould haven't you? Milk us! LOL 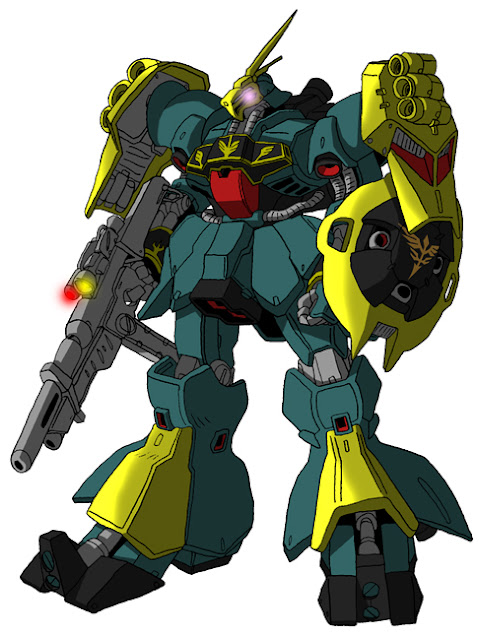 I love it's bulky heavy look. Just think of all that pla-plating and panel-lining that can be done on those armour! In fact if an MG version exists, I might buy a coupla kits just to do them up in different colours. Ooooh yeah. 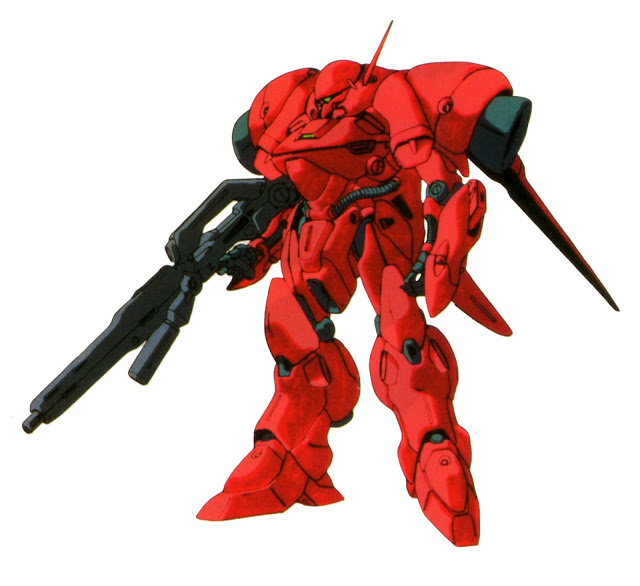 Does this guy even need any introduction?? We've seen countless examples of the resin version. Now, how about a plastic injection MG 1/100 one huh? Imagine all the fun we could have with it's boosters! 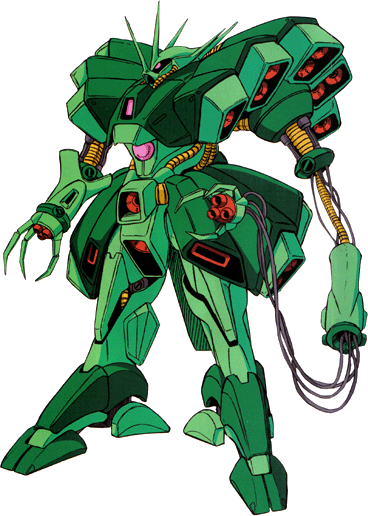 Kinda reminds me of my fave odd suit the Palace Athene. I think some maestro has already scratch-built this monster for this year's Ora Zaku. Came in Top 3 if my memory serves me correctly. Still, why can't we less-skilled mortals have an MG-version to work with?

I'm sure there are a coupla more MS'es that I missed out, so feel free to add to this wishlist that Bandai will probably never read anyway LOL. Then again, u never know....
Posted by Waylander at 5:09 PM

Agreed! I had to take a second look when I saw that sinanju with the bazooka - Exactly the same!

Great post - I'd love to see an MG Kshatriya

I've already pre-ordered the Elyn Kshatriya kit... but I'll build an MG of it, too. :-D

sure hope they come out with a MG Destroy Gundam.. They did not even have a HG version..

Virtue and Seravee would be great as MG. I bet Virtue will be extremely solid with another gundam as its frame. And Seravee, besides Devil gundam, there's no more gundam that have giant gundam face as their body parts. It would be great! haha

Akatsuki all the way. I've been waiting for one for years.

Kshatriya would be interesting too, though I think the HGUC does it justice for now.