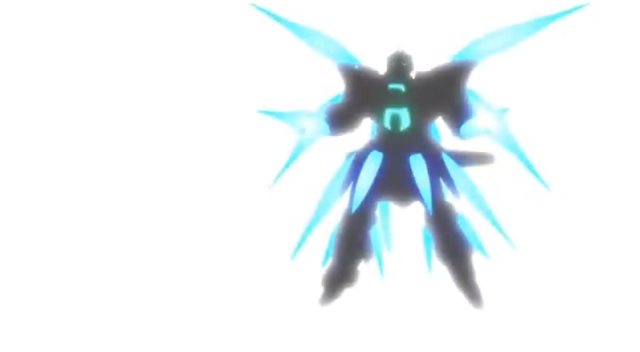 I'm losing interest in this series, to be very honest. It started out promising, reached a climax in the Age 2 series, and kinda just floated to nowhere in Age 3.

First of all, the mecha designs are a disappointment. Apart from the iconic Age 1, and the streamlined Age 2, nothing else sits well with me. Oh, I'll buy the Age Fortress and Orbital if ever the MG versions come out though, because they are great for modding, but that's about it. Is it any wonder that no Vagan mech till now has been given the MG treatment? And I'm sorry but I have to absolutely flame this joke of a mobile armour: 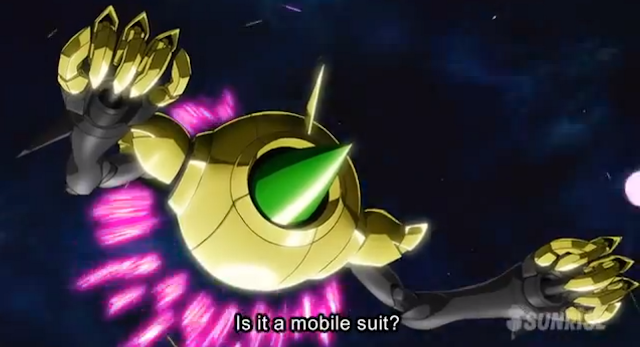 "Is it a mobile suit?" NO, it's a giant lemon! CMON SUNRISE!!! What the hell is that? Is this some kinda joke? Did you leave your intern to design a fruit, or are your mecha designers sniggering at some inside joke nobody but they are privy to? Lemme repeat: A GIANT LEMON?!?!? With ARMS. Gosh. This takes the cake as the silliest design in the entire Gundam pantheon. Is this some homage to the Ball from the UC series? This makes the Ball looks like a Sazabi if you ask me. Seriously. A lemon. I'm speechless. When life gives you lemons, make lemonades. And that's precisely what they did with this mobile armour. Sheesh. 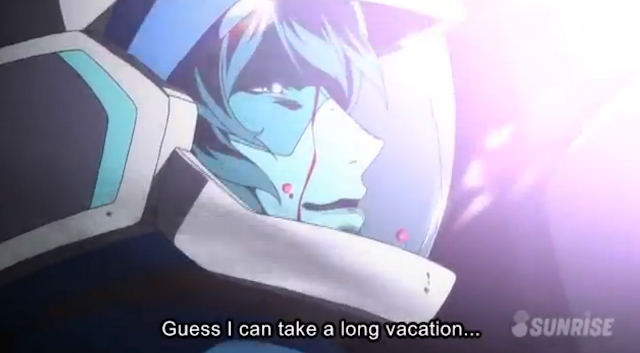 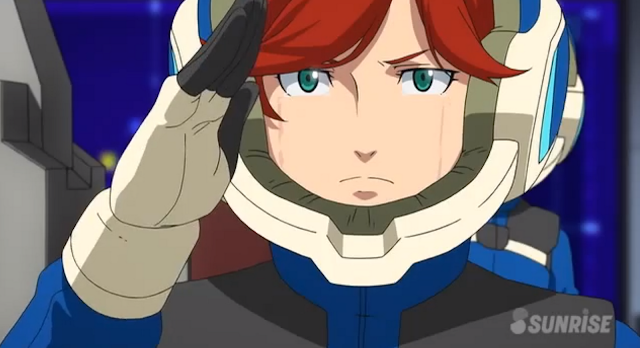 There's a touching scene in here where Seric dies after an epic fight with...the lemon. It shows Einus coming of age as a captain, and the torture she must have been grappling with having to activate the photon cannon and sacrifice not only one of her men, but someone that the show hints of some romantic potential with. Still, Seric's death feels cheapened - too predictable (he's basically an incarnation of Woolf and the most heroic character always dies) and too random (a LEMON?!?!) 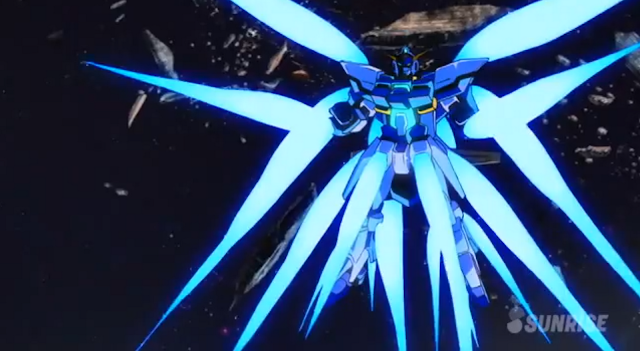 Then there's Kio, who finally awakens and activates the Age FX's full burst mode, which is basically, a bunsen burner party LOL. It is an impressive display of fireworks though, and I like the rage Kio exhibits. It's been a long while since we saw any real action. But then he stops short of killing Zanald. 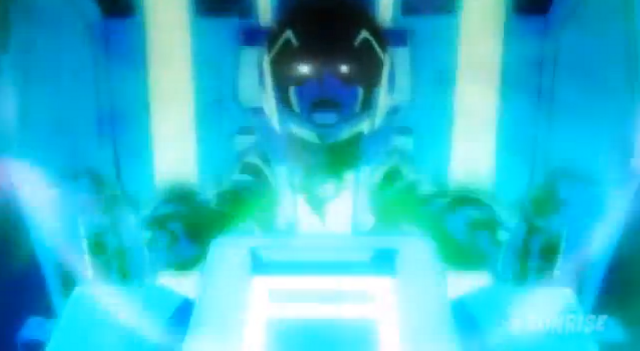 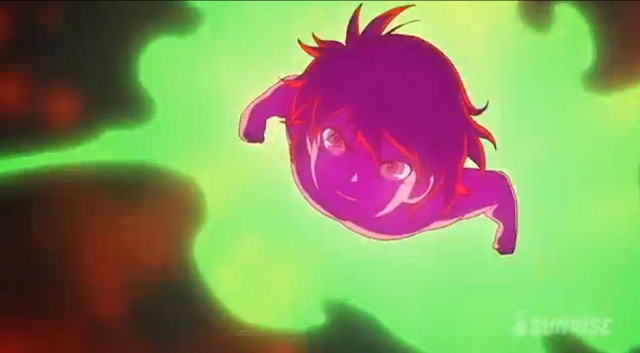 Final verdict: It's a mess, and it has lost its momentum for me. Kio as a hero just doesn't cut it. We understand his issues about wanting to end the war and not take lives, but seriously, his constant whining and ministrations, and refusing to use the full power of his Gundam is getting tiresome. Either do something, or let someone else do it already, kid. The death of Seric is tainted by the giant lemon (yes a lemon, I'm still having trouble digesting this...lol) and everything just feels kinda random in the sense that the series creators can't seem to make up their minds if they want this to be for kids, or adults. You can't have both. You can't have a kiddy Kio who draws no blood and is about as menacing as a Haro, and then throw in bloody fight scenes and scenarios about anguish, sacrifice and maturity. I thought we all grew up when Woolf died and Asemu became a Superpilot. You can't reset it to a kiddy theme with Kio, and then bring in the adults again with a death scene ala Seric. It just feels all over the place. Age should be wrapping soon, and unless they take it to a totally unexpected and fulfilling finale, I can't see this series redeeming itself, at least in my opinion. I'm still a Gundam fan, but for me, Age is quite a lost cause.
Posted by Waylander at 5:36 AM