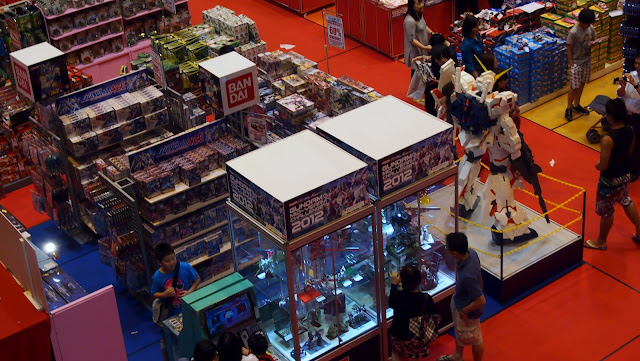 This is a belated post, obviously. I only just had time this weekend to check out the event at Takashimaya. Toymaker has already blogged about it, so for more pics, check out his post. I'll just point out a few stand-out entries from his pics: 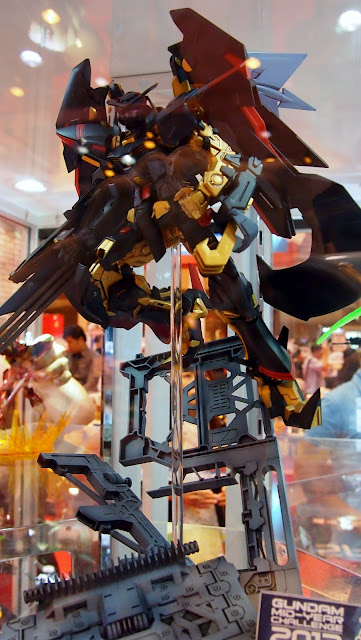 Banshee FWS!!!!! Someone had to do it sooner or later eh? lol 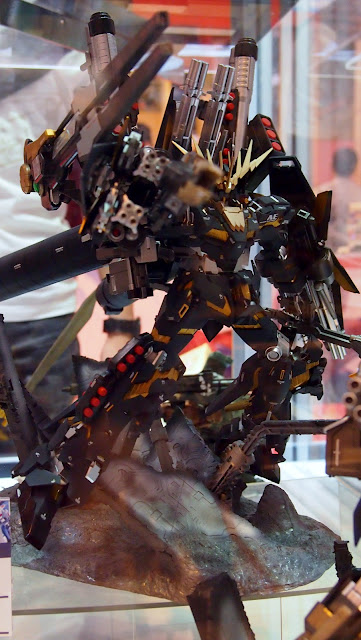 Deathscythe here with nicely detailed wings and even some bats to boot! 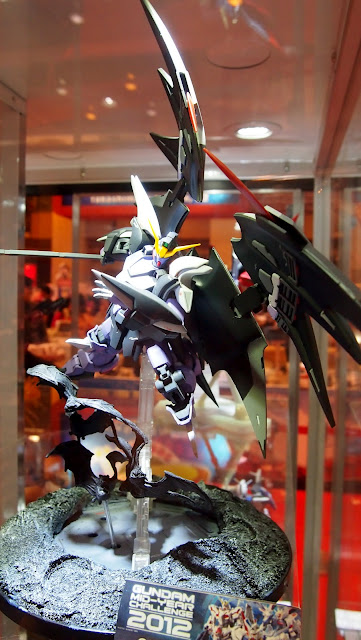 A Destiny juiced up pretty impressively. Too bad this fella didn't come with a dio. Still, a great piece of work. A green Epyon. now it really looks like a dragon! 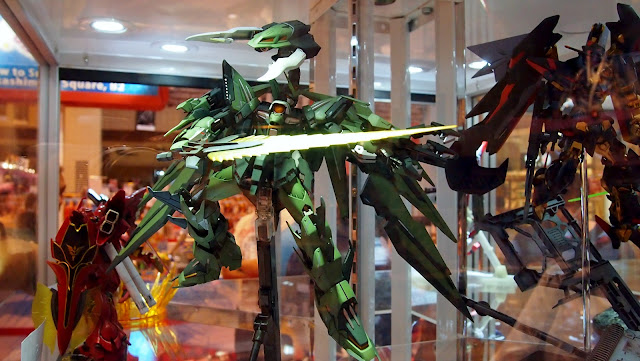 Er and course, not forgetting yours truly...Age Trident: 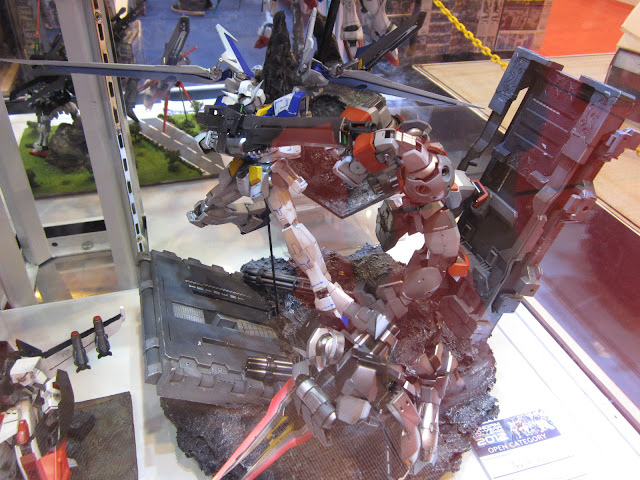 I've also had some feedback about the angling of my diorama, cos you can't really see the faces of all three Gundams from one angle due to their contrasting directions. So for those who haven't had proper looks, here're some nice individual pics taken by a certain Terence Tan Kaka. Thanks bro! 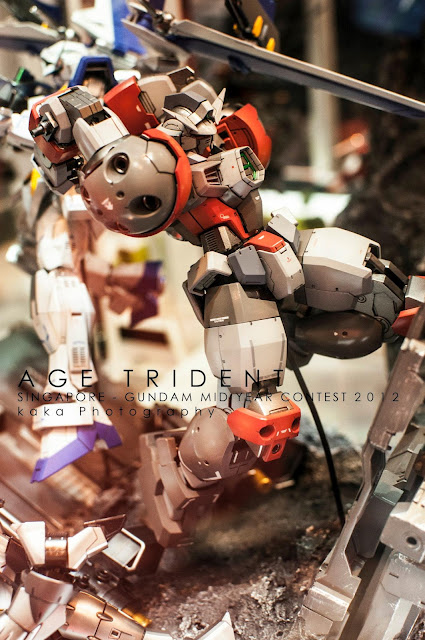 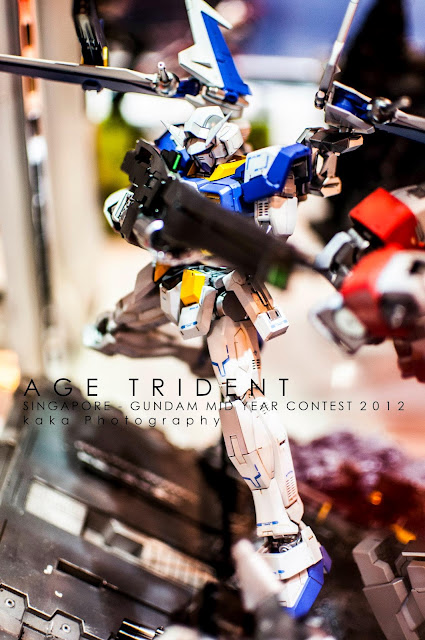 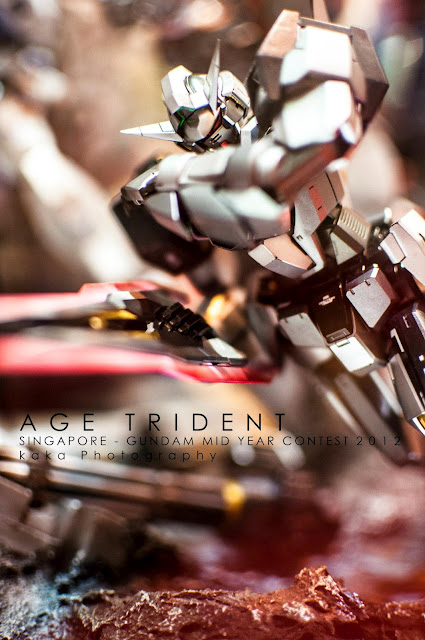 Special thanks also goes out to Toymaker for bringing down my entry and setting the whole shebang up. It's usually the most dreaded part of any competition lol. I wasn't in town due to work commitments. Overall, I'd say the standard for a mid-yr compy is pretty good this time round, even though the entries only span two shelves. Most of the stand-outs I mentioned are in fact new blood on the scene, so this is definitely an encouraging thing.

That's all for now. Till the results are out, see ya then! I'm taking a short break from Gunpla, and then it's straight on to the BIG ONE - the year-end GBWC! 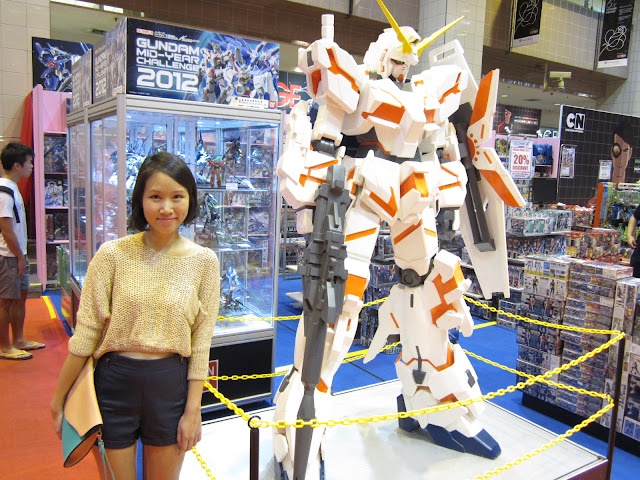